Traditionally, you save the top tier of your cake on your wedding day and eat it on your first anniversary.  Where, we do intend to also do that, I thought, why not make something fresh as well?!  So I decided to make a personalized anniversary cake that not only tastes fresh and delicious, but also has significance.

Getting a gift for someone can be super difficult to do.  Especially when you have been with someone for so long.  You don’t want to constantly get them the same gift year after year, but how on Earth are you supposed to come up with new ideas?? Apparently, it has always been this way!

In 1920, an American author named Emily Post decided she wanted to solve the age-old mystery of what to give your significant other for each wedding anniversary.  She decided to make a definitive list of themes for anniversary gifts, but only chose to submit ideas for every 5 years (i.e. 1st, 5th, 10th, 15th, etc.).  People started following her list of suggestions and along the way others submitted new ideas of what to get each year (i.e. 1st, 2nd, 3rd…).  Eventually, there was a universal list created of anniversary gifts by year.

Obviously, you do not have to stick to this list of ideas when purchasing a wedding anniversary gift.  But I thought it would be a lot of fun to stick with the traditional gift ideas and make my cake according to theme! (and I intend to keep doing this for every anniversary.) 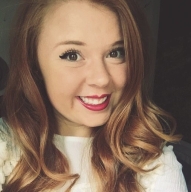 I knew that I wanted to make a cake topper out of paper to stay with the “traditional anniversary gift” theme.  I had a lot of ideas running around in my head, but eventually came up with the idea of personalized paper portraits!  I sketched out the outline of our faces, and kept the design very minimalist so that you could still see the white of the paper.

Picking pictures for the toppers proved to be a bit more difficult than I anticipated.  I didn’t realize how few pictures I have of myself that are straight on!  So I had to go back a couple years to find a picture where you can see at least most of my face.

Last minute I decided to also sketch out a #1, to make it even more obvious it is our first anniversary!

The color was the easy part!! Obviously with the themed color being gold, I had to have gold sprinkles!  I found these super metallic sprinkles and fell in love!  I tried to make the sprinkles fade from the bottom up to give an ombre effect, but (note to self) tiny sprinkles are super difficult to make this happen.  So, sorry about the sloppy execution! Oh, well!  Each moment is a teachable moment, right?

I brought in more of the gold/yellow inspiration on the inside of the cake!  I chose to make a lemon-flavored cake because, 1. It’s yellow and 2. It’s delicious!  Keeping with the idea of the ombre sprinkles, I decided to make the cake layers ombre as well!  The top layer is the natural color of the cake mix and then I added a bit of yellow and orange dye to the other two layers to make it fade.

I had so much fun making this cake!  And now I want to make custom toppers for every cake I make!!  So keep your eyes peeled for some things in the future 😉

But most importantly, I am so excited to celebrate our first anniversary as man and wife! (still can’t believe it!)

View all posts by Kaitlin Kirchner

This site uses Akismet to reduce spam. Learn how your comment data is processed. 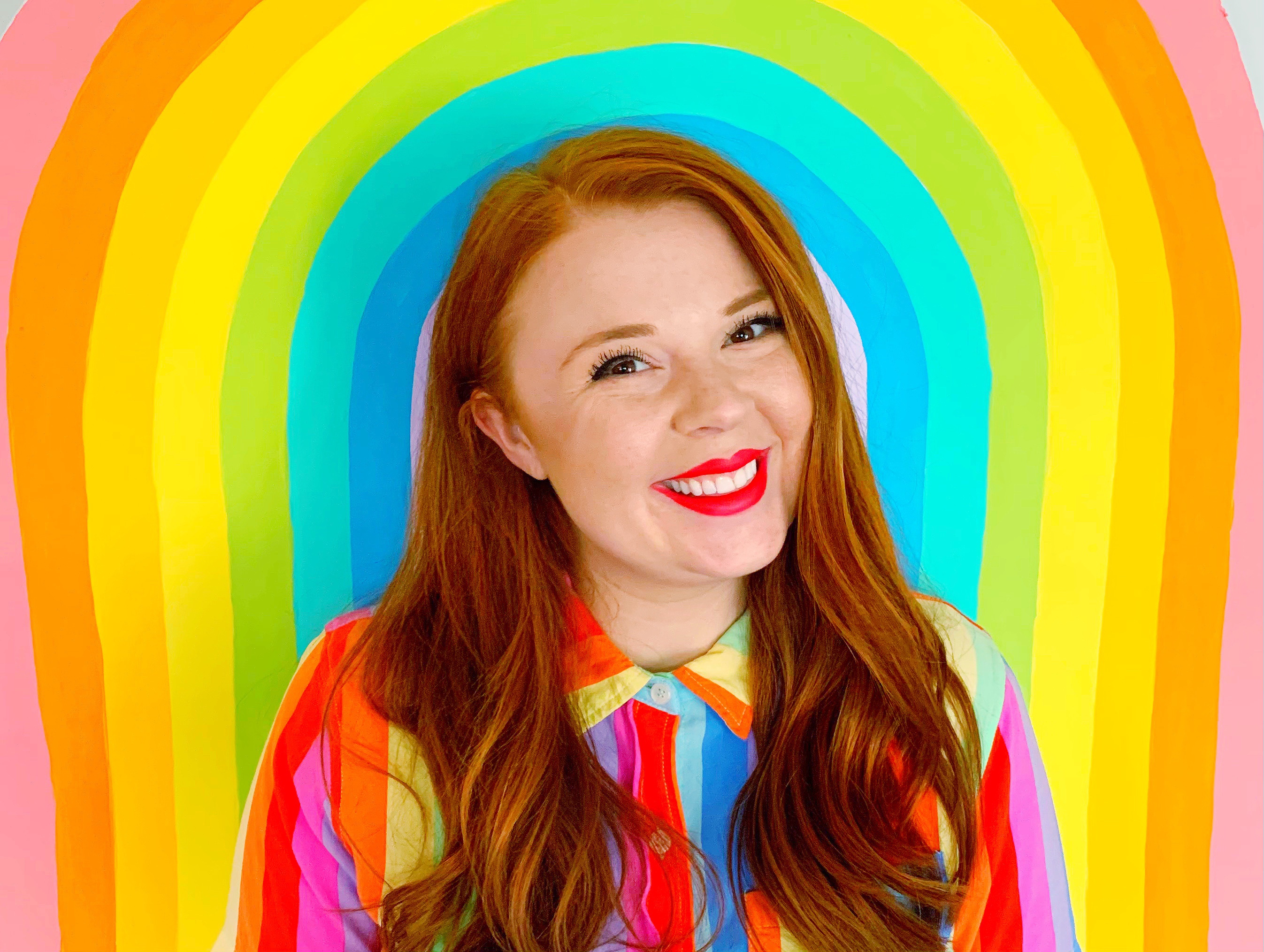 Hi, everyone! I’m Kaitlin Kirchner. A lover of the arts, themed event enthusiast, The Office obsessor, road trip addict, Disney fanatic & self-proclaimed color queen. Born to two artists, I have been crafting and creating since I could crawl. I spend most of my time with my husband exploring Cincinnati (where we live), cuddling my daughter and daydreaming of somewhere over the rainbow.

We have been working SO hard getting our house ready to move in! Although at times we feel quite exhausted, it is truly a labor of love! There is something extra special knowing we are creating a HOME for our family to grow in ❤️
Jumping into a new week like 🤾🏼
Such a beautiful Easter spent with the people I love most 💕
As of today, this sassy girl is 8 months old! 💚💙 Each and every day with her is an adventure, and I can’t wait to see where 8 months takes us! I have a feeling it’s going to be a big month!!
Thank you all for your love on our new home!! I am still reading through everyone’s comments and we are so blessed to have all your support! We have been dreaming of being home owners for SOOOO long it feel so surreal it is finally here!
The sweetest little Easter bunny there ever was 🐰🥕